How Does The EinScan-SE Match Up Against Cellphone Photogrammetry Solutions?

Through the years 3D scanning has become more accessible to the general public. A technology that was once too expensive deemed to expensive for at home hobbyists and makers is now readily available to all and at a fraction of what the costs used to be. But how does a dedicated desktop 3D scanner like the EinScan-SE stack up against cellphone photogrammetry options? Luckily for us Thomas Sanladerer of YouTube did an in depth analysis of the two technologies and posted a great video going over the various pros and cons of both technologies.  We’ll go over his review and add some key points to the discussion as well. 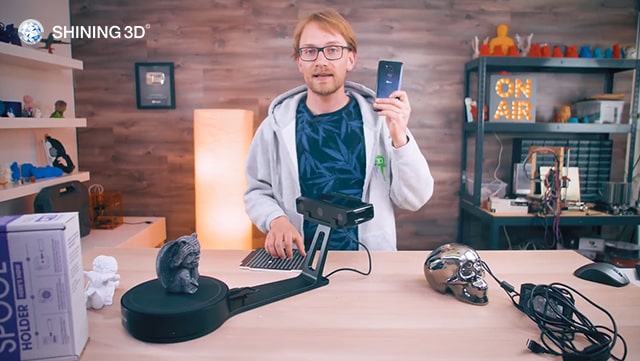 With the rise of smartphones, mobile technology has increased at alarming rates. Solutions that were thought to be out of range for the average consumer are now easily packaged into these compact miracles of modern science that fit comfortably into the palms of our hands. These devices, with their multi-core processing power and state of the art cameras, have opened the door to accessible 3D scanning technology for all. Photogrammetry works by taking multiple images of an object, taken at various angles, and stitching them together through powerful software to create 3D models or scans of the desired object. It’s a technology that has existed for many years but has now seen rapid growth as mobile phones have enabled it to reach the mainstream audience at a reasonable price.

The EinScan-SE is a desktop 3D scanner. It is regarded by many as the best entry level 3D scanner on the market due to its ease of use and competitive price point in relation to other professional 3D scanning solutions. The EinScan-SE is a white light-based scanner that uses a projector and 2 cameras to scan objects on its attached turntable. The scanner automates the scanning process through the use of its turntable and software, making it one of the easiest to use 3D scanning solutions on the market. This makes it the ideal entry level scanner for engineers, educators, kids, and hobbyists alike.

But how does a dedicated desktop 3D scanner like the EinScan-SE stack up against cellphone photogrammetry options? In Tom’s video the scanners are put to the test by scanning 3 different objects and comparing the results. It is important to note that in this video Tom is using a cellphone as his photogrammetry device, but he is scoring photogrammetry as a total category that includes professional cameras, drones, cellphones, etc. He also breaks down the scoring into categories such as cost, flexibility, capability, speed, usability, and accuracy to make it easy to follow along and compare the two technologies. 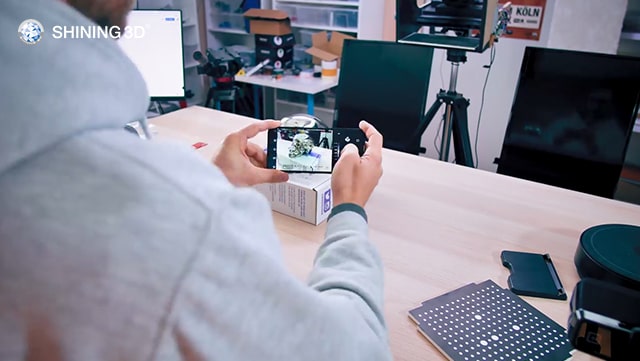 Photogrammetry wins the first two categories which are cost and flexibility. While the EinScan-SE is an affordable solution when compared to scanners using similar technology, it does not compare to the cost of an already purchased cellphone. To put it lightly, almost everyone has a smartphone and anyone with a smartphone has access to photogrammetry solutions. The flexibility category is also awarded to photogrammetry. The desktop scanner is limited in its range and by the size of the object it wishes to scan. Photogrammetry can be done using large scale cameras and drones, exhibiting some incredible range when it comes to flexibility. But how did photogrammetry hold up in the other 4 categories? 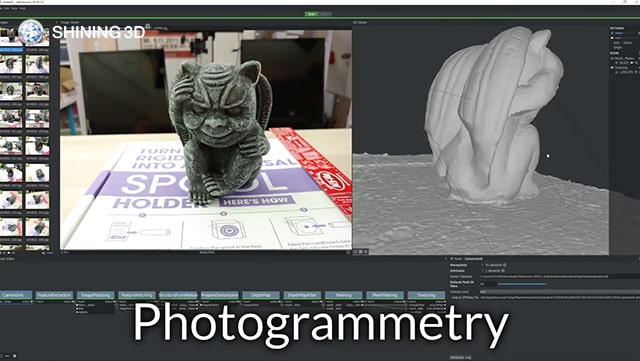 When put to the scanning test, the Eiscan-SE wins the capability and speed categories. The scanner captures a lot of detail at very fast speeds. This allows the scanner to scan smooth, untextured areas that prove to be problematic for photogrammetry. To top it off the entire process can be automated by using the turntable that comes included with the scanner. The software is also extremely fast at stitching together the scan data and producing a 3D model. This is an area where photogrammetry can take 10-15 minutes to process a scan, while the EinScan-SE can generally do this in seconds. Anyone looking to do multiple scans a day or large scanning projects would greatly appreciate the added speed of the scan and software. Tom also mentions that in regard to the usability category, the EinScan wins as it is an all in one package that includes the software and hardware, where as photogrammetry apps require you to piece together solutions. The last category, accuracy, was also a very big win for the EinScan as its scans are true to scale and can be used for applications such as modeling and reverse engineering. These desktop scanners have micron levels of accuracy which makes them a very reliable tool.  With photogrammetry the results you’re getting are not to scale and you would not be able to take measurements from your finished scan 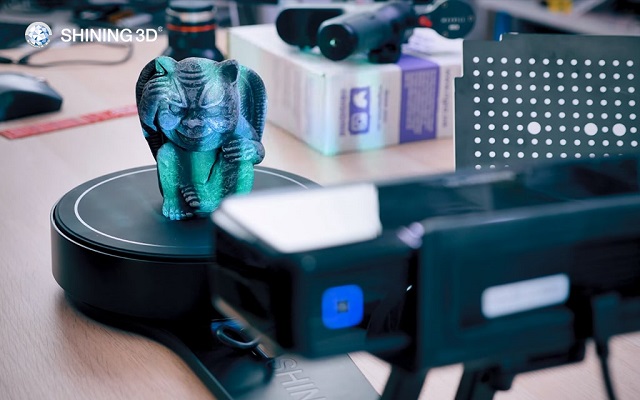 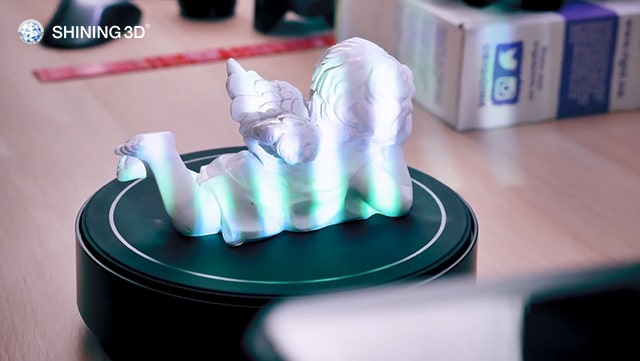 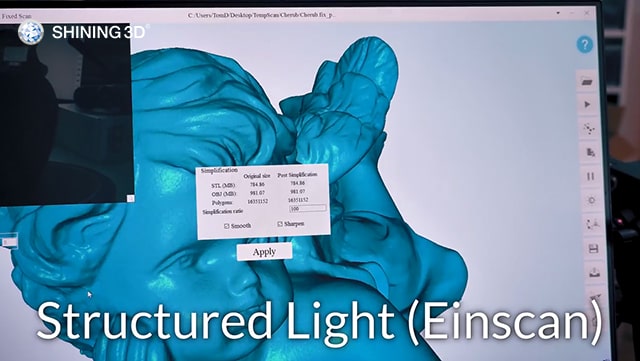 Overall the EinScan-SE wins 4-2 in Tom’s video. The EinScan-SE is an entry level, professional 3D scanner that is ideal for a wide range of technical applications while cellphone photogrammetry’s applications are mostly for fun. The scan data provided by the EinScan-SE can be used for much more than just 3D rendering and designing. The accuracy of the data is high enough for reverse engineering, light level metrology, and digital/historical archiving. Professionals looking to do multiple scans a day will appreciate the speed of the scanner and the integrated software. Overall the EinScan-SE shows that it is a complete package, tailor made for professionals expanding into 3D scanning. If you’re looking for an entry level scanner with professional level results, the EinScan-SE is the 3D scanner for you. 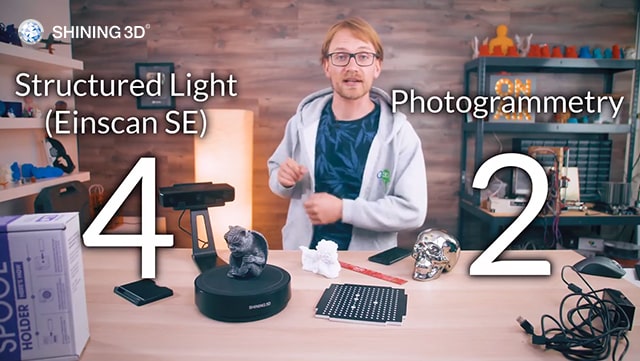