Home / Tips & Tricks / After 3D Scanning, do we generate a Watertight or an Unwatertight Model?

When we use 3D scanning to digitise a physical object with an EinScan series 3D scanner, one of the concepts we need to consider is how we export the scanned data. Given that when 3D scanning, we get an open data mesh, we need to know whether we want to create a watertight or unwatertight model.

If you want to simply scan and print, you should export a watertight STL model, since an open surface cannot be processed and printed.

On the other hand, if you need a surface for further editing or the object is too large to scan in one go, the unwatertight model is the right choice.

Usually, the objects to be scanned can be digitised in their entirety by the software. However, in some cases the object to be scanned has a very large flat bottom surface and it is difficult for the software to close the model correctly. Here is an example of a scan of a gearbox, which has a large flat bottom surface. As you can see, there is no information on the lower plane. 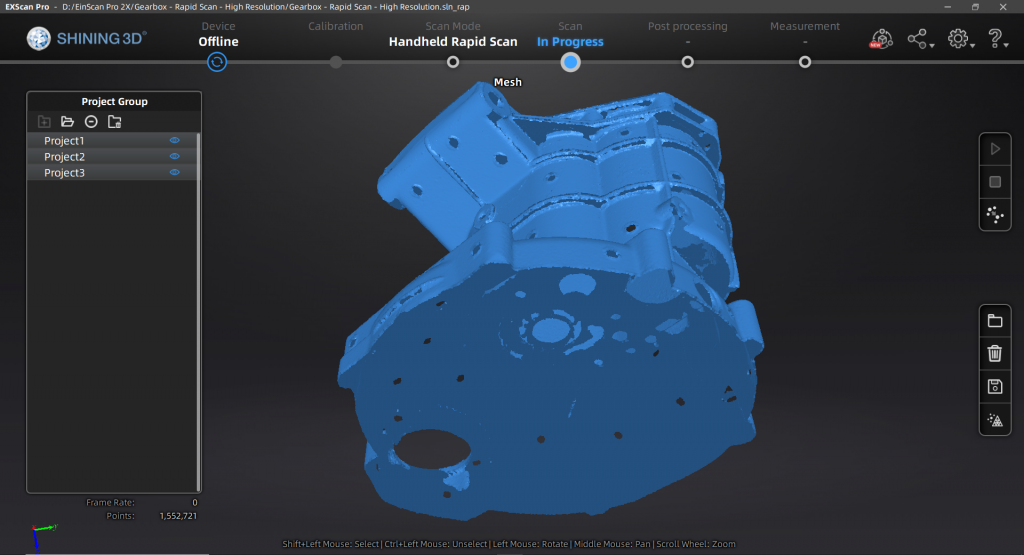 If we generate a watertight model from this point cloud, the software will try to fill this hole based on the edges and the result can be as follows.

In this case, as we don’t have a properly closed surface, we will need to export the STL as an unwatertight model and edit it in a post-processing software such as Geomagic Essentials. 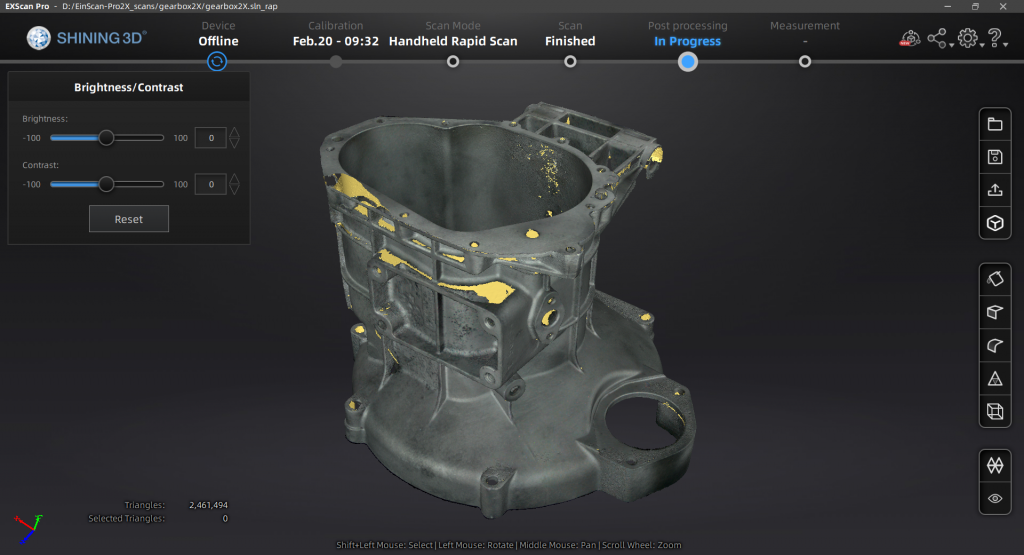 In most cases, if you need a model for direct additive manufacturing such as 3D printing, you will need to use the Watertight Model option. On the other hand, if the part to be scanned requires post-processing, then the Unwatertight Model is the best option instead.