Home / Art and Heritage / 3D Technology in the Sector of Art

The Mutilated Christ of Málaga

– a Case Study by SICNOVA 3D

“Thanks to the combination of 3d digitizing and the classic procedures of polychrome sculpture,

it has been possible to obtain the restitution of the legs of the mutilated Christ of Málaga.”

Professor at the University of Seville.

The mutilated Christ of Málaga is a wooden sculpture attributed to the sculptor Jerónimo Gómez de Hermosilla, who worked as a builder during the construction of the Malága Cathedral. 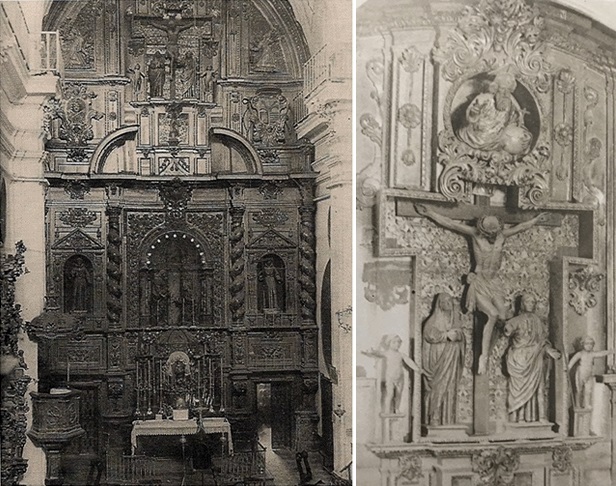 In July 1936, after the coup d´état triggering the Spanish civil war, this Christ sculpture located in the sanctuary of the cathedral became the victim of revolutionary violence. 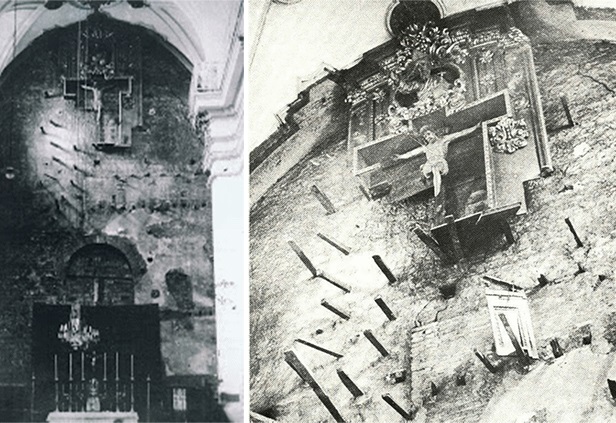 Using a ladder and an ax, an individual severed the right leg of the sculpture at thigh height and the left foot by the ankle. Although this version of the story is the best known, it is considered that the mutilation was done literally ripping of the extremities of the crucified.

Three years later he became the titular image if the National Brotherhood of the Holy Mutilated Christ, created in February 1929 with the purpose of integrating members of the Francoist side who had suffered from mutilations in the Spanish Fratricidal conflict.

The brotherhood, which had a military and processionary character, first came out on Holy Thursday 1939. About 300 mutilates participated in this procession wearing their uniforms and carrying a scapular and candles. During the procession the sculpture was placed on a simple throne designed by Adrián Risueño and carried through the streets of Málaga by the brotherhood. 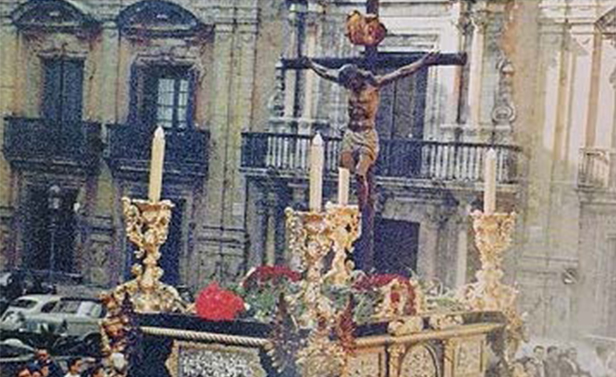 After many years of controversy on whether to proceed with the restoration of the sculpture´s legs, the brotherhood ended up in extinction in 1977.

In the 90s, a group of young people decided to re-found that lost brotherhood. The only condition that the church imposed was that the sculpture should be restored.

After waiting for the necessary permits, the project began in 2018, and the final authorization from the cultural heritage organization of Andalusia was obtained in 2020.

From the first moment, it was clear that 3D digitization would be the fundamental tool to giving back his legs to the mutilated Jesus of Málaga. 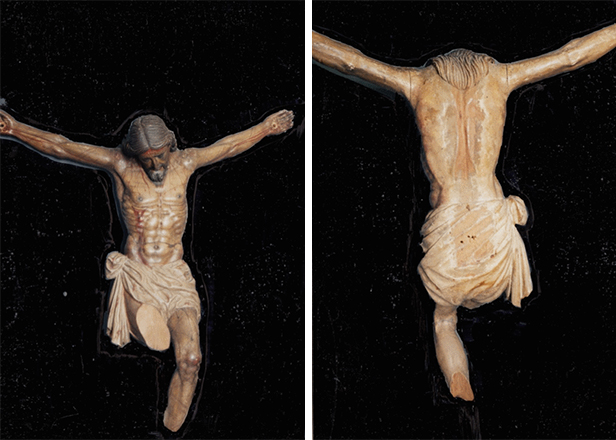 First, the sculpture was digitized in its current state (without legs). 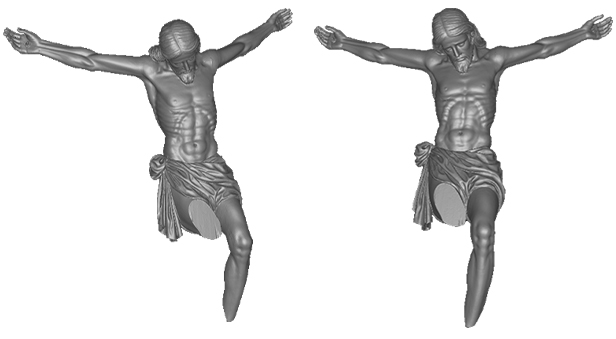 After conducting thorough studies based on sculptures of the epoque, the crucified of the XVII century and an anatomical study of the body, the team members proceeded with the modeling of the left foot, since it was the one that was in better condition. 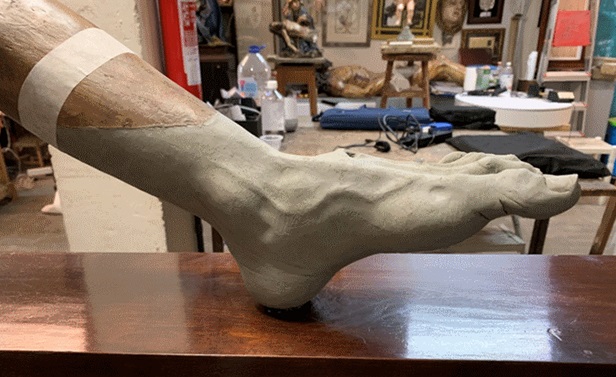 Restitution of the left foot in plasticine. 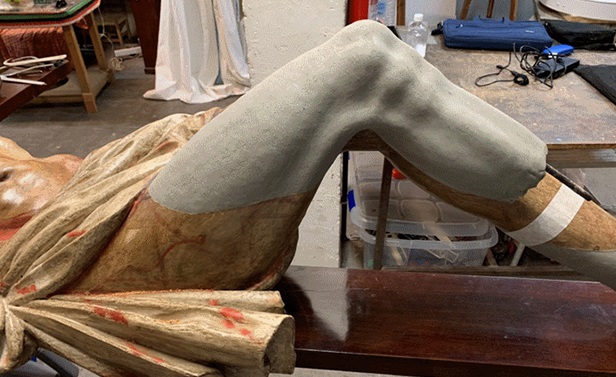 Restitution of the part of the right leg in plasticine.

After 3d digitization, checks of measures were carried out to match the cut plane.

Reproduction of the pieces in wood exporting the STL files of both pieces to milling machines.

The image is expected to be fully completed in 2021. After more than 80 years, the National Brotherhood of the Holy Mutilated Christ may again process with the new image of Christ maintaining all the regulations required. 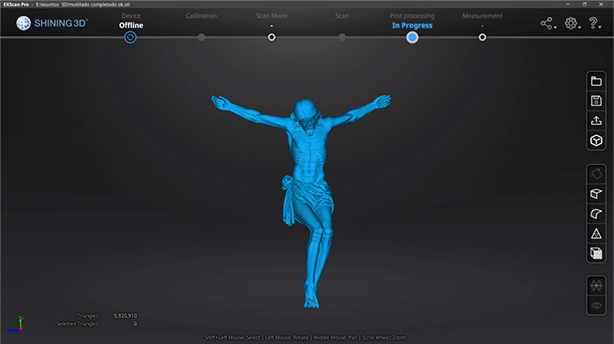 Screenshot of the final result obtained with the 3D scanner after making all the necessary modifications. 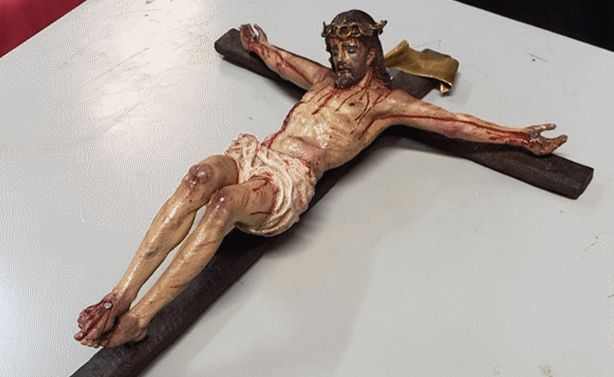 Very exact miniature replica. 3D printed in PLA and with an artistic painting.

SICNOVA 3D is a company specialized in the application of 3D Scanning and Additive Manufacturing for industrial sectors such as aerospace, architecture, automotive, medicine, education, electronics and the mechanics. Thanks to their broad experience in the 3D industry, they have acquired expert knowledge from applied technology to manufacturing 4.0 allowing them to help the industry to choose and implement the most suitable industrial 3D technology. SHINING 3D is proud to have SICNOVA 3D as master reseller since 2016.