DISAPALE stands for „Digitale Sammlung Paläolithischer Leitformen“, which is German for „Digital collection of palaeolithic typological forms“. It is a project of the Neanderthal Museum in collaboration with the Friedrich-Alexander University of Erlangen-Nürnberg, financed by the BMBF, the Bundesministerium für Bildung und Forschung (Federal Ministry of Education and Research of Germany).

The main objective of DISAPALE, as the project title already suggests, is to digitalize about 300 to 500 different typological forms known in scientific literature (with about 4 or 5 variants per type) and make them available on the NESPOS platform for archaeology students and professionals alike. This project fits within the long-term commitment of the Museum in what has been poignantly called the digital turn in archeology.

“The possibilities opened by the digital turn are immense and some of them already developing as we speak. 3D is none but one of the numerous methodologies in the field, but it is safe to say that it represents the most used so far and the one with the most versatile application (from didactic to documentation and research purposes). For these reasons, it has become every day more and more crucial to improve our techniques and improve the results.”

The journey from the stone age to the internet

SHINING 3D, the innovator in groundbreaking 3D scanning technologies has teamed up with the Neanderthal Museum to help making the hundreds of paleolithic artefacts accessible with the help of EinScan Pro 2X Plus multifunctional handheld 3D scanner and Industrial Pack. Let´s take a look at the journey from the stone age to the 3D digital online database. 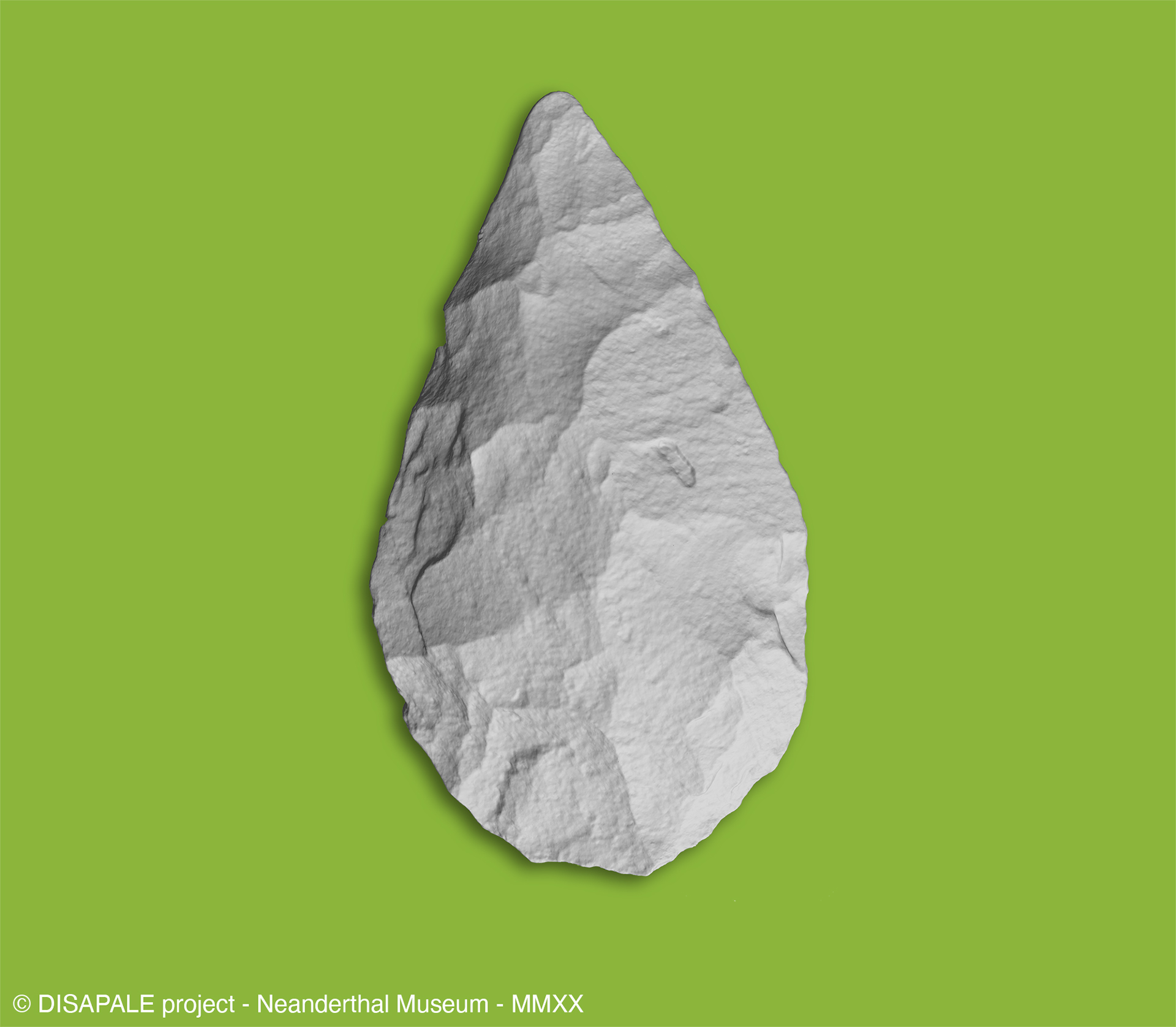 A so-called hand-axe, a stone tool used in the prehistory

The Museum is situated few hundreds of meters away from the location where in 1856 the partial skeleton of a new hominin species was found (henceforth called Homo Neanderthaliensis). The discovery represented a true turning point and contributed in starting a new exciting phase in the research of the human past. The activities of the Museum are not only connected with Neanderthals though. They actually spread wide and include many of the several branches the prehistoric archaeology and human evolution discipline have developed in the last decades. Among those there are also the digital archaeological methods of analysis and recording used to study artifacts from the past. Some of the most common among these are the stone tools: artifacts made of stone (usually flint) that were used by our ancestors to cut, crush, scrape and in general as an aid for their everyday life activities. One of these typical tools has been digitalized as part of the tests the Museum team has been performing during the past couple of years. 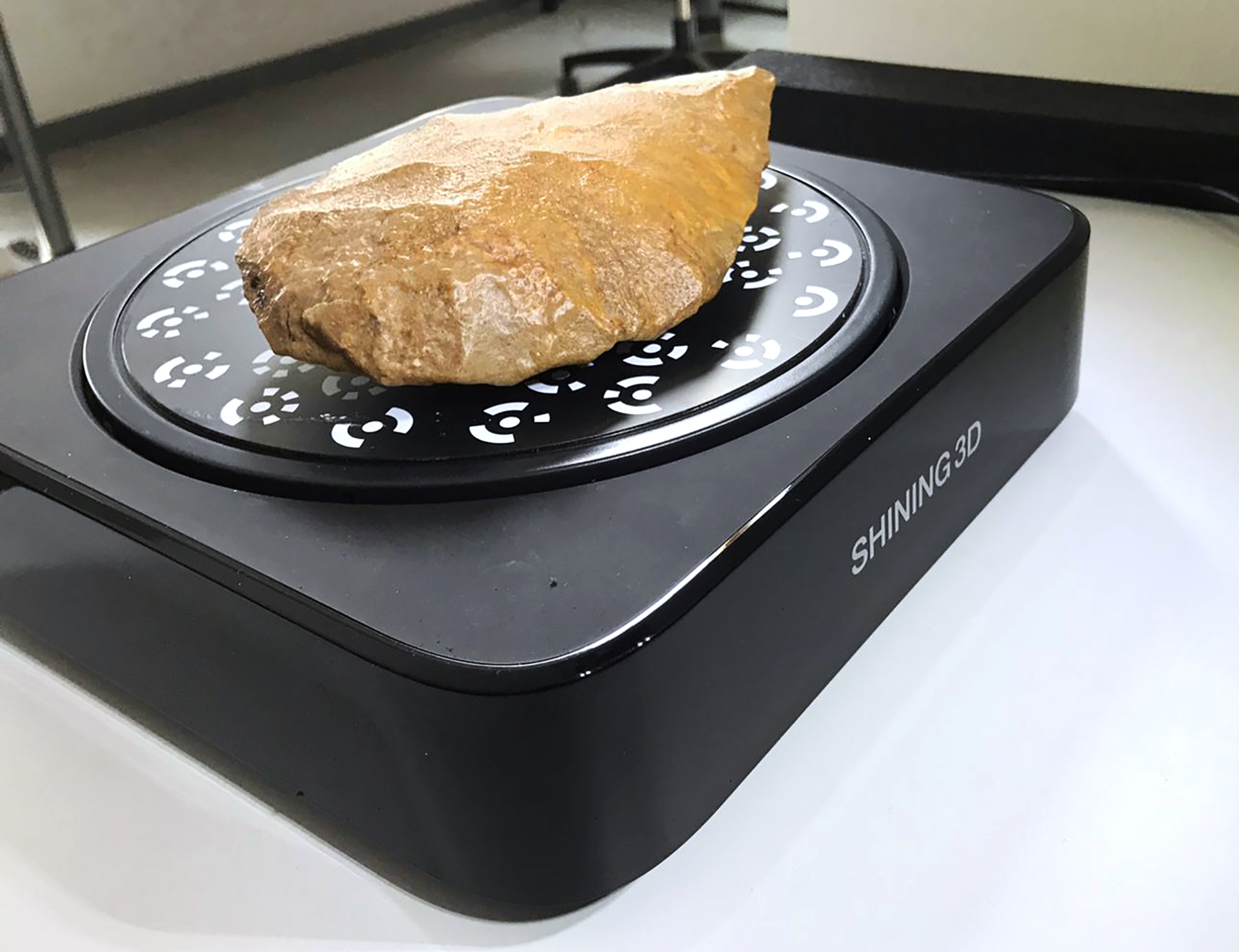 The hand-axe placed on the turntable of the Industrial Pack

Combined with the Industrial Pack, the multifunctional handheld 3D scanner EinScan Pro 2X Plus is perfectly adjusted to meet the requirements of the Neanderthal Museum to digitize a broad range of different sized objects of stone or bone. In this case, putting the stone tool on the turntable is ideal to enable an exact capturing of all the fine details of the worked tool. 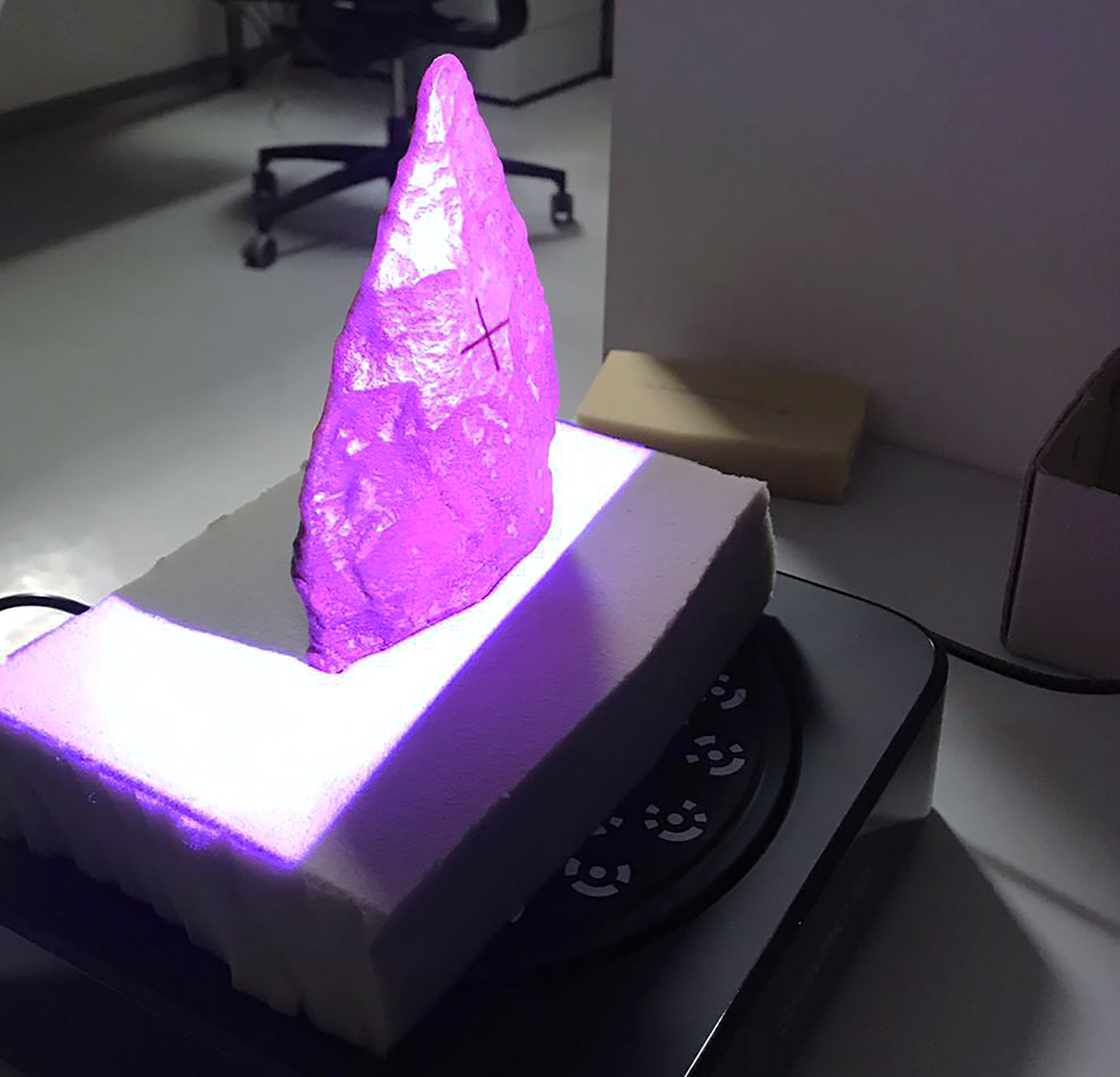 Because of their edges (quite often still extremely sharp) and their flat geometry (constituted by two faces connected by extremely thin edges), stone tools are generally hard to capture properly. With the advanced technical capacities of the EinScan Pro 2X Plus though, the DISAPALE team´s work routine has been facilitated and sped up, making the creation of a digital copy of these significant prehistoric artifacts easier and faster. 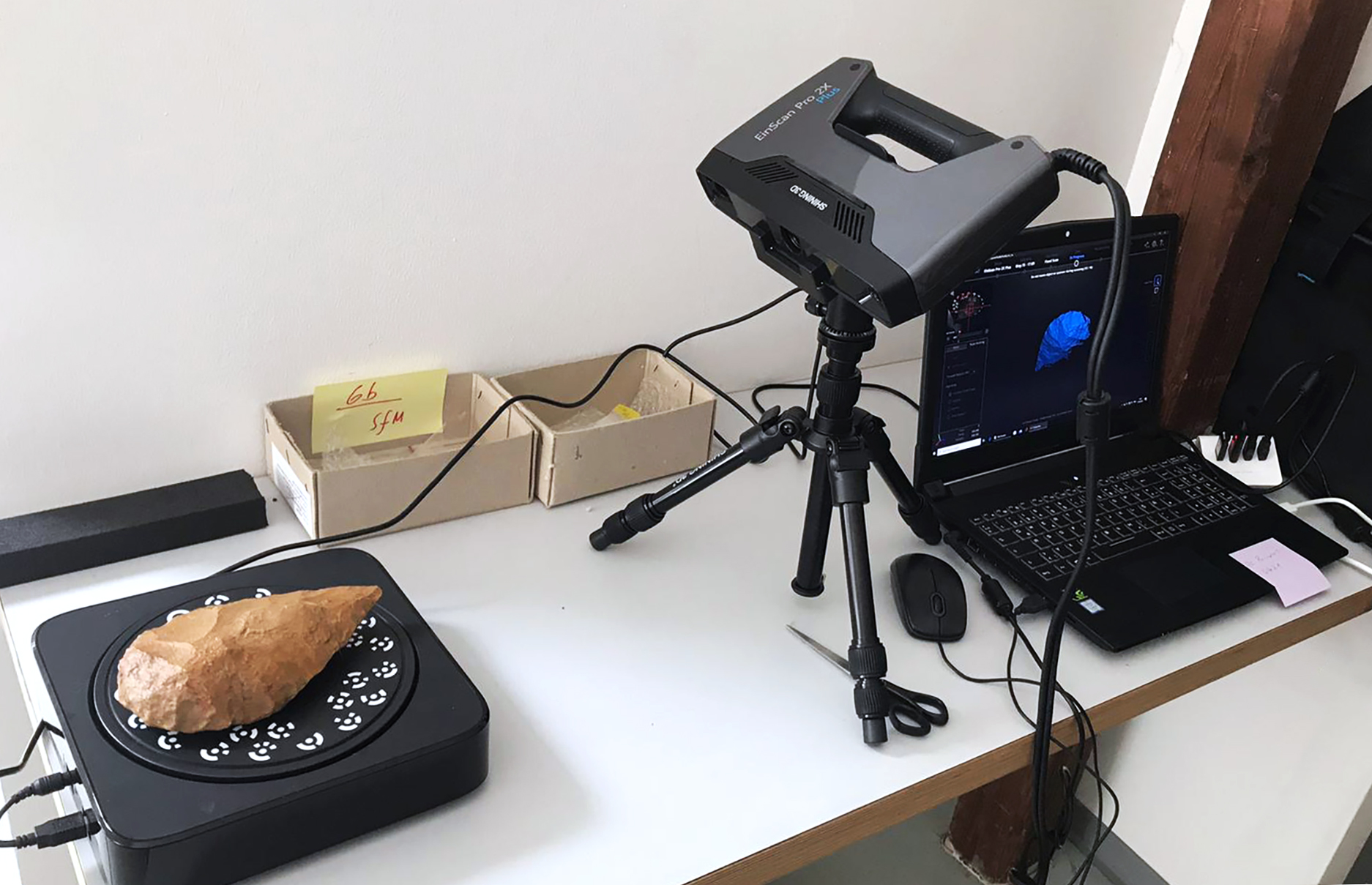 In the brief time we have been able to test the EinScan Pro 2X Plus, it has proved a quite exceptional tool, especially for the speed and the facility of setting and scanning.