What would Henry Ford think about 3D scanning a vehicle?

Art, culture and the craft of metal – Bryan Fuller´s automotive and motorcycle design and customization shop “Fuller Moto” inspires, educates and entertains those with a creative spirit and a do-it-yourself attitude and combines all these aspects together by creating “rolling works of art”. In his Atlanta-based shop, extraordinary cars and bikes are tailored together as one-of-a-kind custom builds. One of his latest acquisitions, an EinScan Pro 2X Plus Multifunctional Handheld 3D Scanner from SHINING 3D, has helped his traditional craftsmanship business to boost customization through digital manufacturing.

In his shop Fuller has an old Model T on display, which was manufactured by Ford between 1908 and 1927 and the best selling automobile worldwide before the VW Beetle took over this title in 1972. Roughly 100 years after the beginning of modern transportation Bryan Fuller and his team are 3D Scanning the vehicles to acquire the exact data for customization. 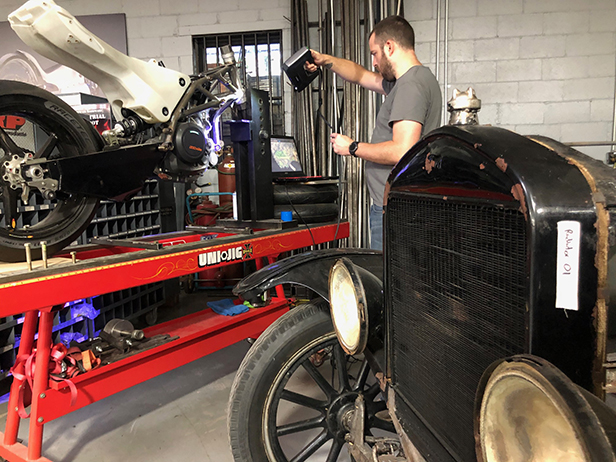 “For years and years 3D Scanners have been way too expensive for a shop like ours. The SHINING 3D EinScan is an amazing accessible tool that we use now.” Bryan Fuller excitedly explains the new tool in his shop.

A PWR Radiator for a Krämer Motorcycle

Working on 690 KTM Krämer motorcycle, Fuller wants to integrate a custom PWR radiator. “PWR makes the most insane radiators in the world in Australia” says Bryan Fuller. The EinScan Pro 2X Plus helps Fuller to easily capture the mounting points, frame clearance and sizes of the race bike to have the custom radiator made by PWR. “By Scanning we´re able to easily and accurately send STL files across the ocean for them to make a perfect radiator with ease!”the shop owner explains. 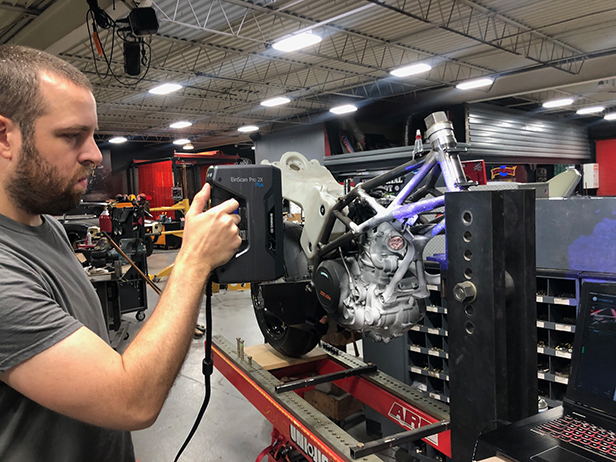 The upgrade of using a 3D Scanner for customization

By using a 3D Scanner, the required data can be acquired much faster than by oldschool methods of paper and cardboard patterns. Also, by 3D printing the panel instead of making it by hand an intricate grill can be designed that would be too hard the “old way”. 3D Scanning has changed many parts of how custom pieces are made due to the ease in which complex shapes can be measured which could previously not be collected in house. 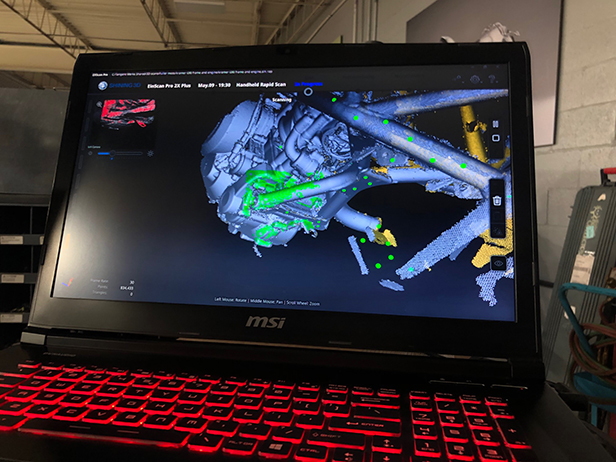 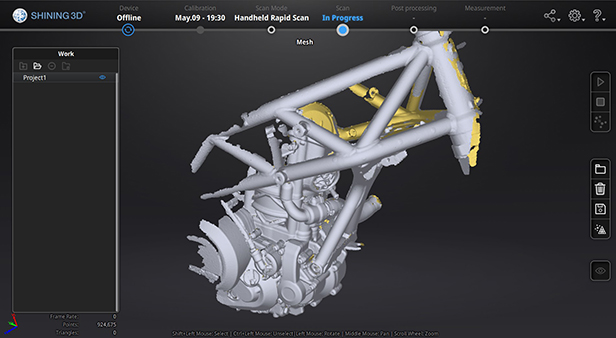 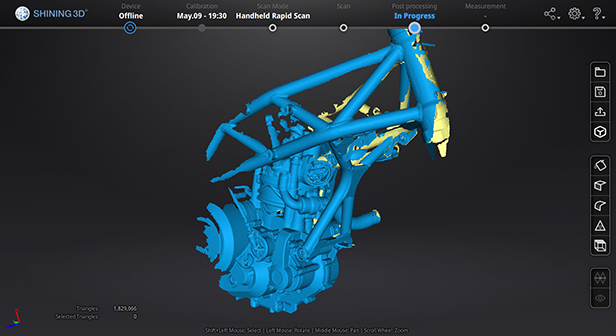 Bryan Fuller is very happy about his EinScan Pro 2X Plus. Being new to 3D Scanning, he emphasized the simplicity of the Scanning process and the easy workflow of the EXScan software.

“The SHINING 3D EinScan has totally changed the way we think about measuring, designing, building, and engineering our vehicles from conception to final assembly!”