As the wisdom of ancient Chinese culture and art, the usage of hitching post has been transformed from practical to decorative. Hitching posts were initially installed in each station as well as farmers’ houses for people to rest and tie horses. Later, hitching posts gradually became decorations on both sides of the doors for rich families. As time goes by, when automobile now fully replaced horses as main means of transportation, and high-rises replaced flat mansion as the mainstream of architecture, hitching posts are almost eliminated from most places in China. Only in very few places where hitching posts are kept as decorations. 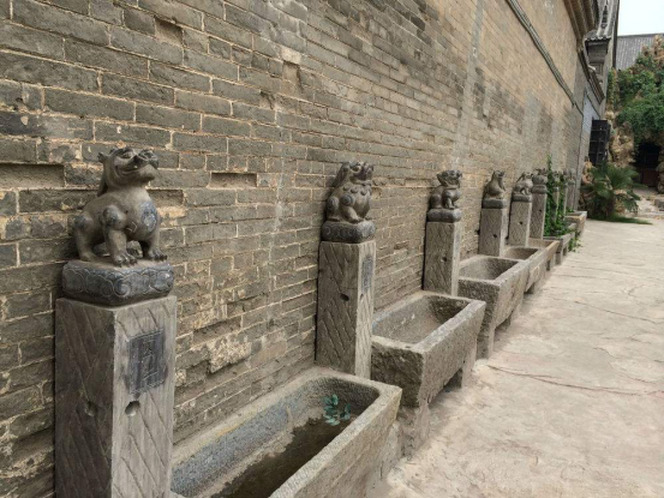 Apart from folk museums, Beijing University of Technology is one of the few places where hitching posts can still be found. These hitching posts were damaged a little because of being exposed to the harsh weather for too long.

Professor Wang, from Beijing University of Technology, is dedicated to the restoration and creation of cultural relics for a long time, had the idea of making these hitching posts reborn. 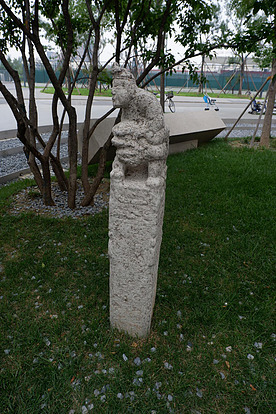 The first thing was to restore the original look of these posts. As Professor Wang had already successfully used EinScan-Pro+ in several restoration projects of cultural relics, he immediately thought about using EinScan-Pro+ to fix the hitching posts. 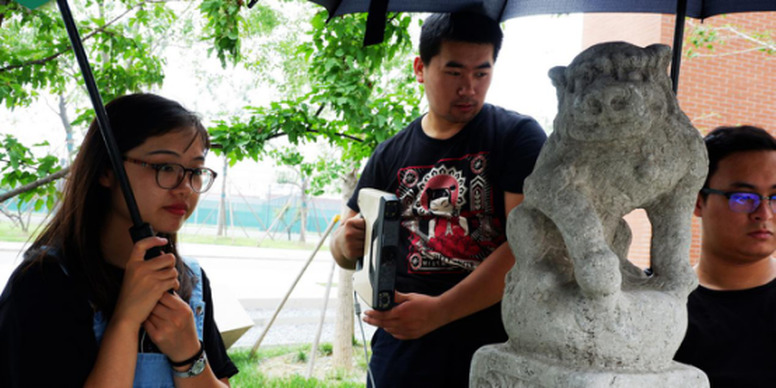 After obtaining the 3D data, Professor Wang started to restore the digital data of damaged parts. After restoration, the 3D data of the hitching posts looks refreshed, as if the century-old history coming back to life. 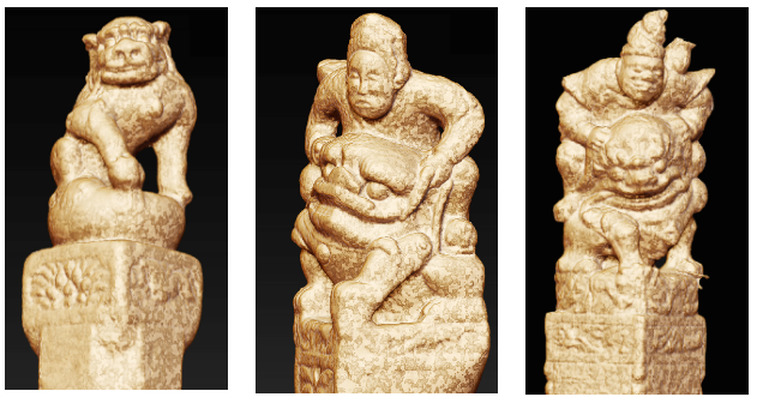 Thereafter, Professor Wang and his students scaled down the 3D data for 3D printing and  post-processing.

The smaller version of 3D printing hitching posts finally found his new role indoor. It can be a personalized seal or an old-fashioned personalized home decoration. With EinScan-Pro+ in 3D digitizing of cultural relics, it allows the folk culture hitching posts to enter homes of ordinary people again nowadays. The innovation is realized by the collision of tradition and modernity through 3D digitizing and 3D printing technologies.